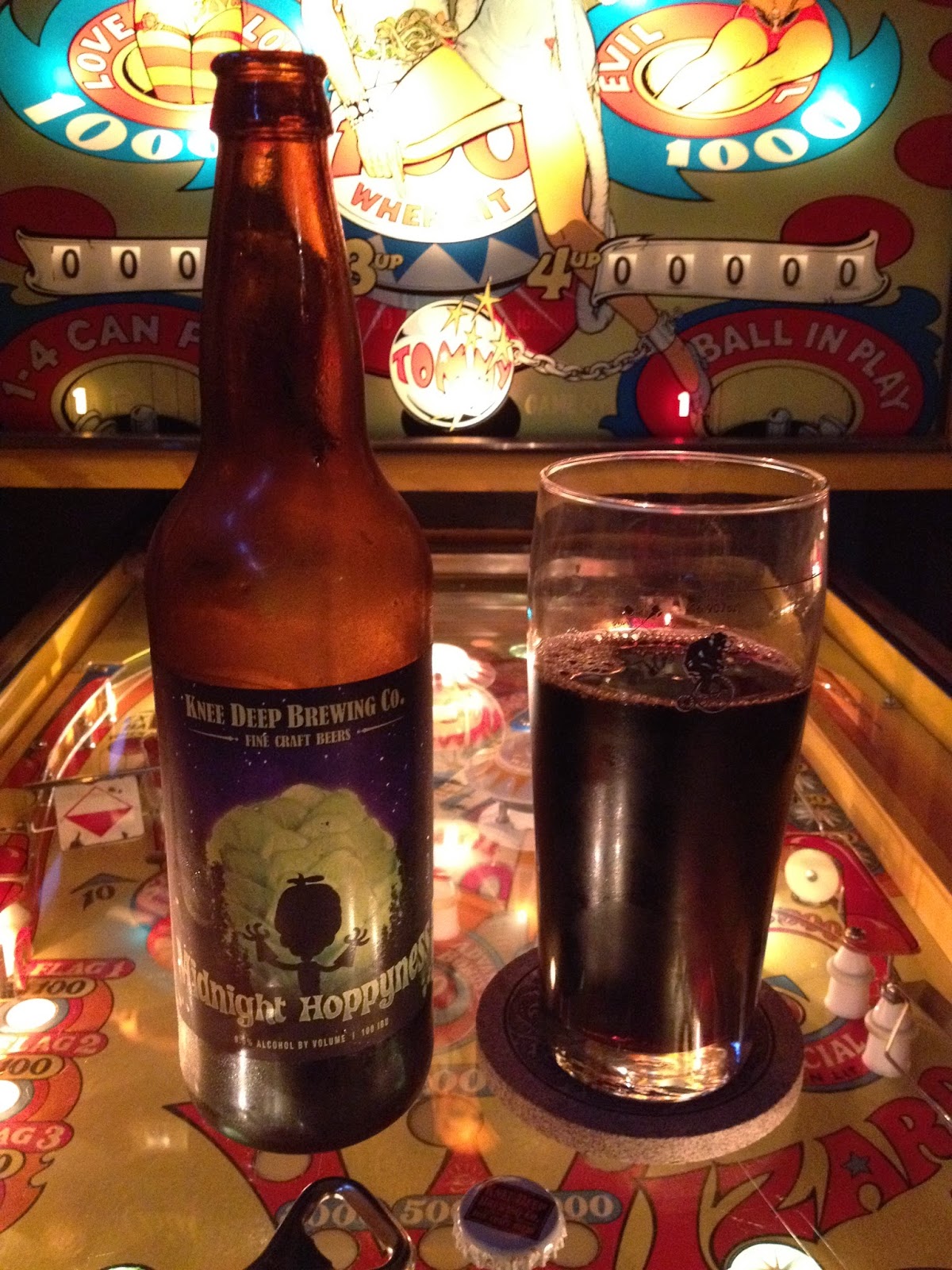 A fine Sunday afternoon at the Pinhead Compound and I've got an Imperial Double Black Ale to try from the kind folks at Knee Deep Brewing.  This one is called Midnight Hoppyness and I purchased this one a few weeks ago in anticipation of the Midnight theme for this weeks show.  I've heard great things about the brewery located in Auburn, CA and couldn't wait to try it.  I was a bit startled when I opened the bottle as I heard no gas escape.  Hmmm - not good.  Poured it into the glass and not even a hint of a head.  I think this one was capped poorly and the CO2 escaped - I bet some oxidation occurred as well.  The first taste was pretty nasty and the rest went down the drain.  Too bad - but hey - I'll try another Knee Deep at some point.  Good thing I had a few Sierra Nevada Torpedos handy - now that's a beer that never lets me down.