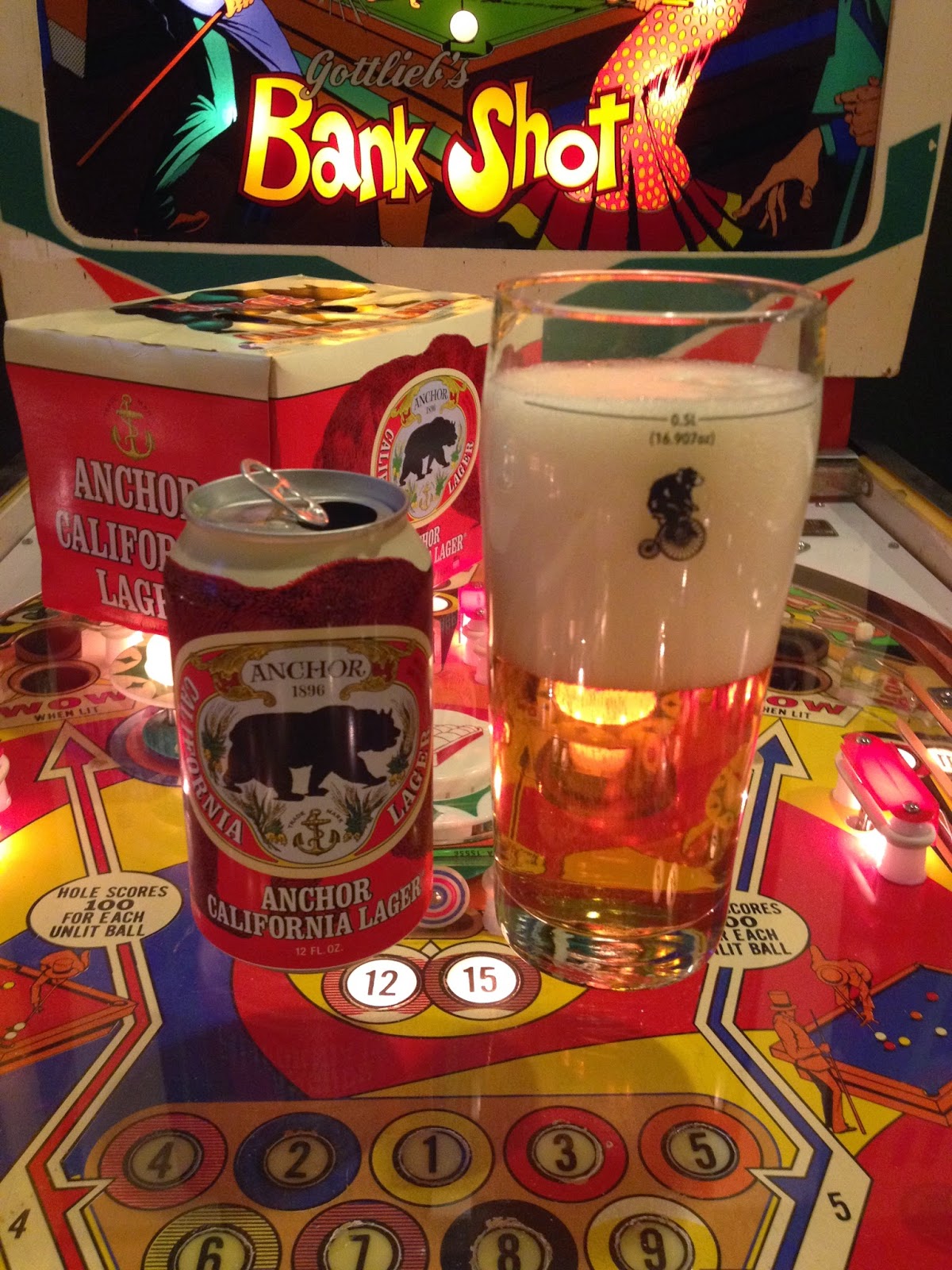 Holey Moley Batman, it is a hot one here on the left coast.  100 degrees in the shade, as the saying goes.  I've retreated to the cool, dark confines of the Pinhead Studios to play some pinball, listen to some tunes and have a nice refreshing brew.

I've chosen a six pack of Anchor California Lager for the refreshment and this one is really nice.  Not a hop bomb, not even close.  Just a crisp and smooth lager that has a bit of some hop backbone.  This one is new to the lineup over at the historic Anchor Brewing site in San Francisco.  Added last year to the Anchor lineup, this one celebrates the first California Lager brewed up back in 1876 by the Boca Brewing company up in Truckee (where there was the ice needed for lagering).  Check the story link below.  If you are in the mood for a light refreshing summer beer that won't overpower you (4.9% alcohol - yes a "session beer") then I would highly recommend it. 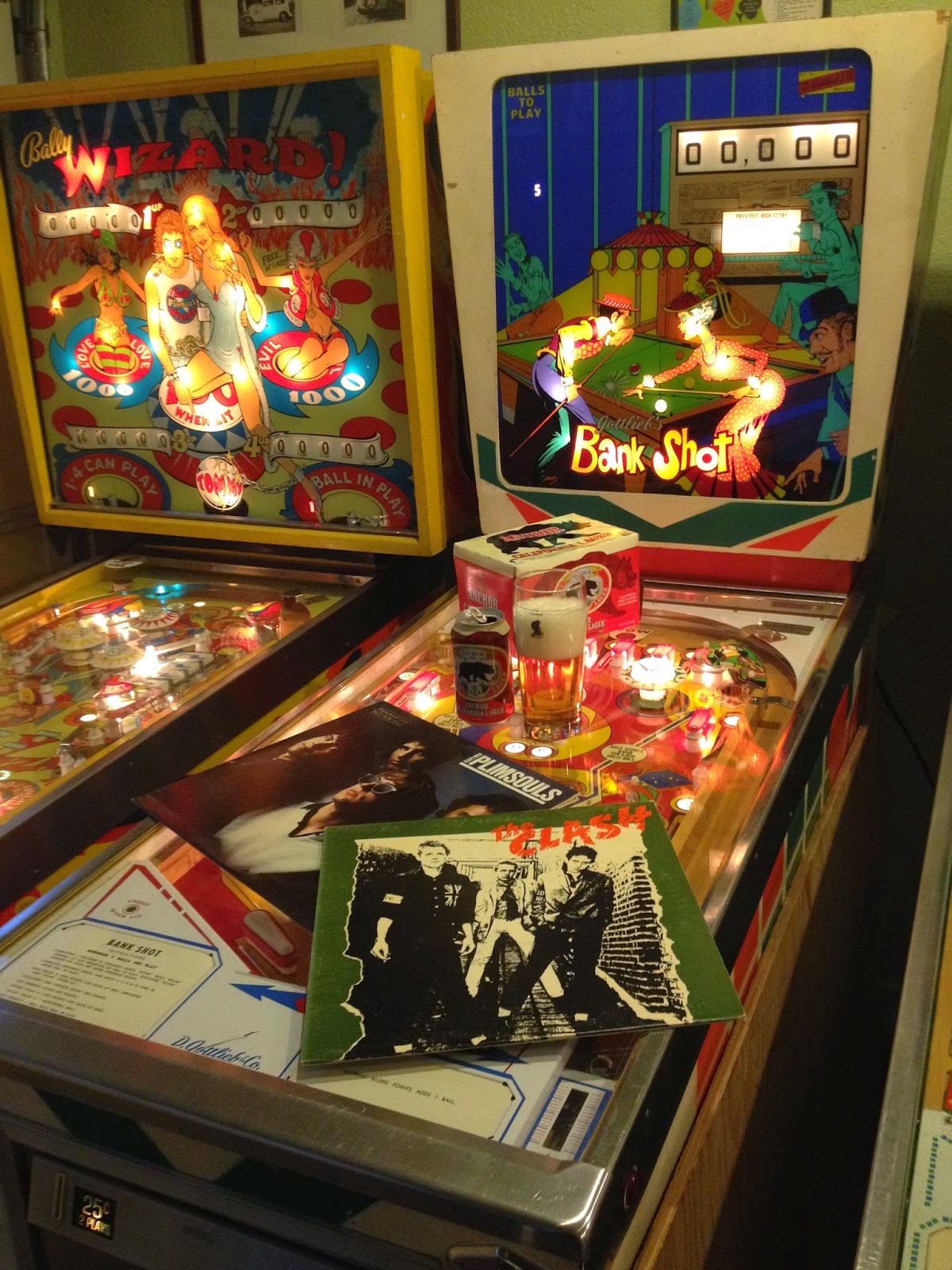