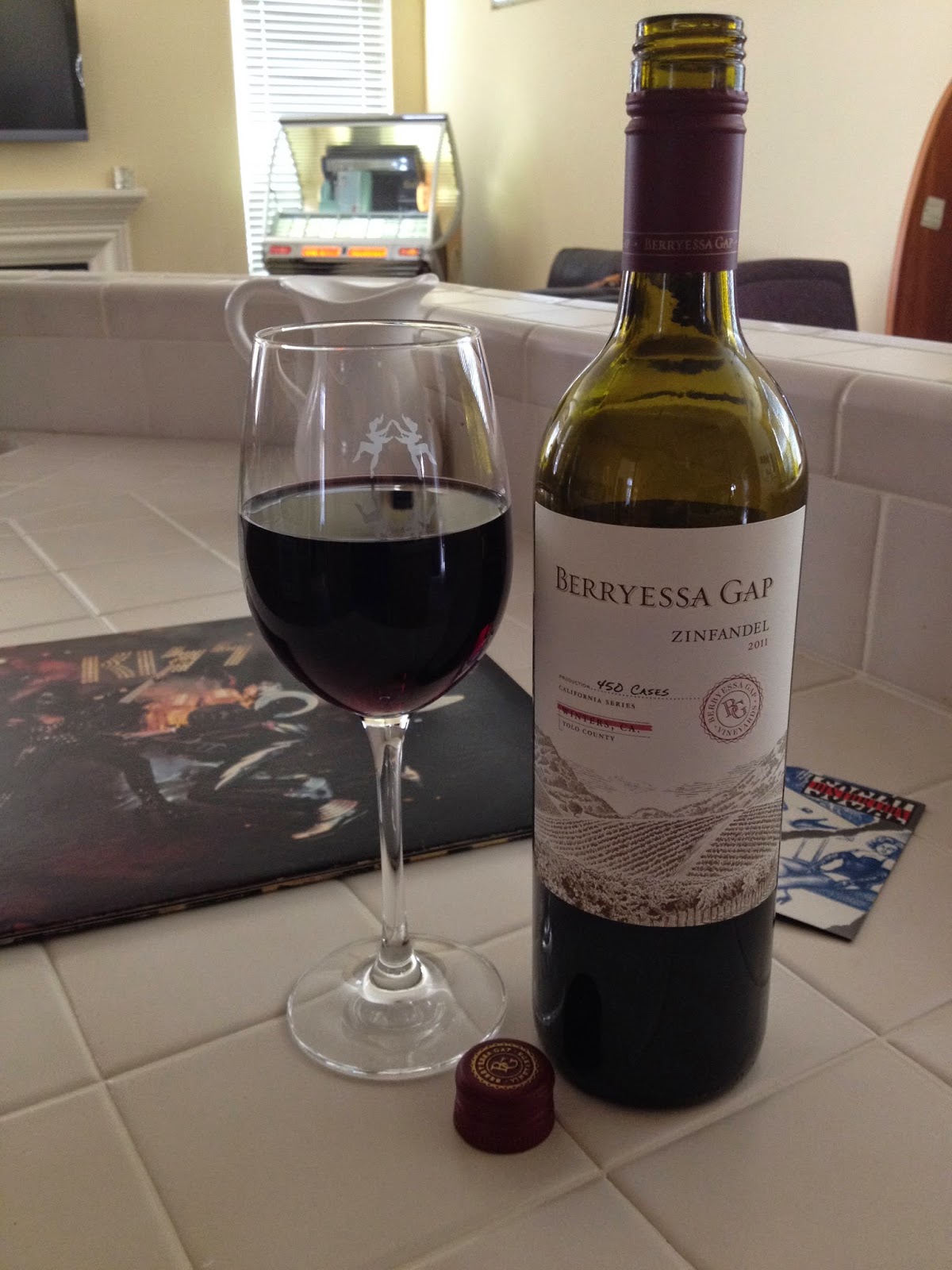 Time for a Red this Lazy Sunday and what a Red it is!  Now, I've blathered on and on about the Berryessa Gap Zinfandel (see the past vintage's posts - 2006, 2008, 2009) and the winery keeps on delivering with the 2011 vintage.  Tons of red fruit on the nose and on the tongue and a subtle bit of something else - is it meringue, fudge, vanilla or caramel? - some type of sweetness beyond the fruit that I can't put my finger on.

This should go great with the Pork Chops that will be sizzling on the grill in a few hours.  Gonna add some halved Red Plums to the grill when the chops are almost done that will pair well with the Pork.  Have you tried grilled stone fruits with Pork before? Peaches and Plums work the best - just cut them in half and get rid of the stone.  Smear on some Plum or Peach preserves and place them cut side down on the grill in a cooler area.  Let them caramelize on the grill side and let the meat of the fruit juice up.  It should end up being a bit of a paste that you can spread over the Pork or just eat it as side accompanying the Pork.  Highly Recommended as is this Zin, which should go well with both the Pork and the Plums.