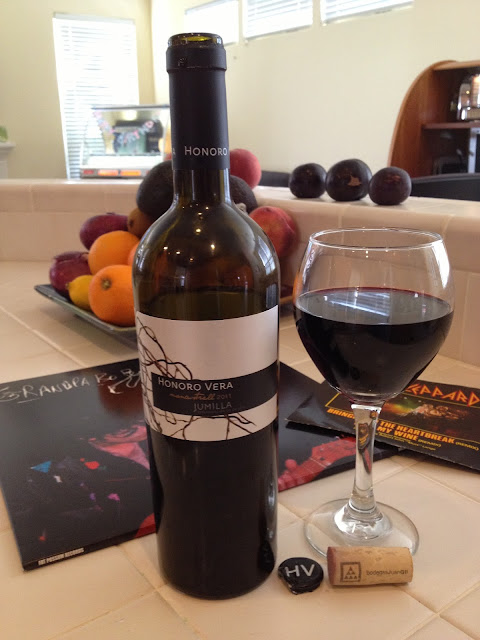 Got a Spanish Red open and some Pigskin on the tele.  Wishing I was in Chicago right now, as the Mats will be playing in a few short hours.  Looking forward to news of that show and also to Denver where I will be seeing the Replacements live in just 6 short days!

The Red I have open tonight is a 2011 Honor Vera Monastrell from the Bodega Juan Gil Giminez winery in the Jumilla region of Spain.  The Monastrell grape is better known as Mouvedre in France and is used typically in southern french blends for it's dark red color and perfumed nose.

My impression of this one is very favorable, especially if it is allowed to open up with a bit of oxygen.  The first glass I had last night was a bit closed and tart, but the last glass I am enjoying this afternoon is just wonderful - nicely scented nose and some great fruit and leather notes as it runs across the tongue.  Not bad for a wine that you can snag yourself down at Trader Joes for less than 10 dollars.

Recently found a great app that I would like to recommend for all.  It is called Delectable and I'll put a link to where you can follow me on the app.  My first "post" is about the Monastrell. 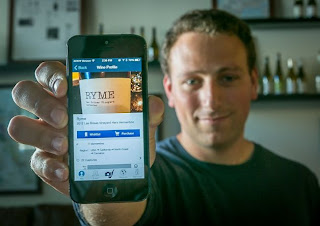 Use the button below and on my homepage to follow me......

Take care and I'll see you in a few weeks when I get back from Denver.....
Posted by Red Wine Sunday at 4:13 PM