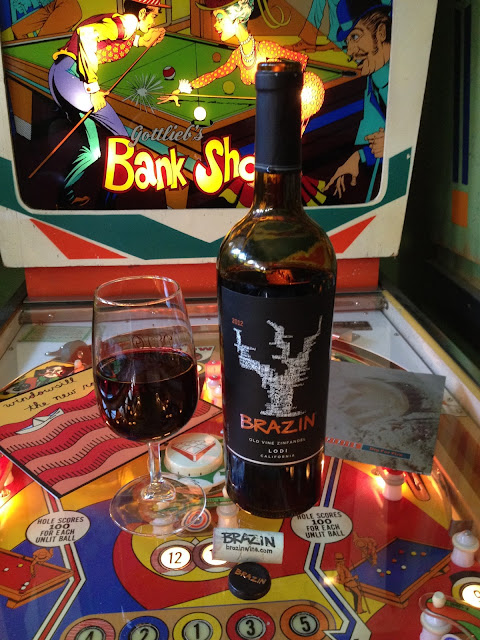 Greetings on this wonderful Saturday.  Posting a day early as the family unit will be heading to San Francisco for the day tomorrow.  More on that in a bit, First the wine.

This is an old vine Zinfandel from the Lodi region of California, to the south and east of Napa Valley.  Zinfandel has long been grown in the region for many decades as the heat of the day ripens the vines perfectly.  Much of the Zinfandel was diverted to the "White" Zinfandel as that became popular, so it is nice to see some old vines from the region vinified into a traditional "Red" Zinfandel.

Brazin Zinfandel is produced by the Delicato Family vineyards and the name is indicative of the bold flavors of the wine.  On the nose, I get some classic Zin character (vanilla, leather, plum and blackberry).  On the tongue, more of the same with a cloying herbal note that is a bit strange for Zin.
Hmm - this is not a drain-pour, as it is fine, but I won't be going back for more.   Maybe it is past it's prime as it is a 2012 vintage and I like my Zins rather young.  More info below - glad to find a wine site called Would Bukowski Drink It?  - great name! 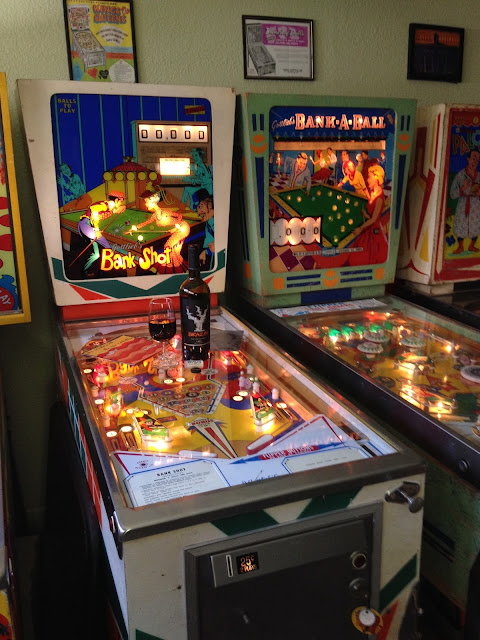 Alright - about tomorrow - treating the family to Beach Blanket Babylon - great live theater in the heart of North Beach - think Barbary Coast, Kerouac, City Lights Bookstore and Specs on Saroyan Alley.  Hard to describe the show, so check out the link and photos below.  Suffice to say, if you are ever in the City by the Bay, you need to see it. 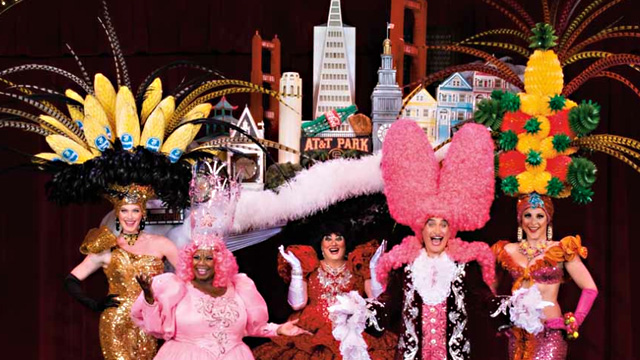 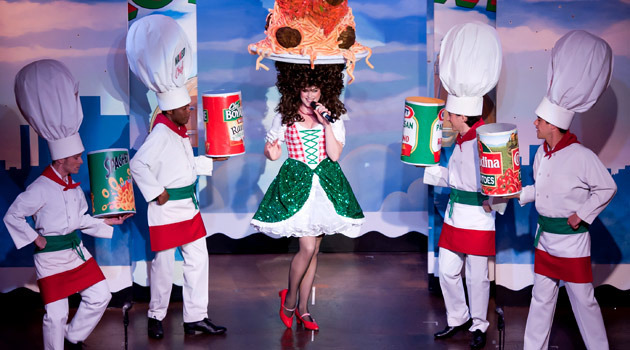