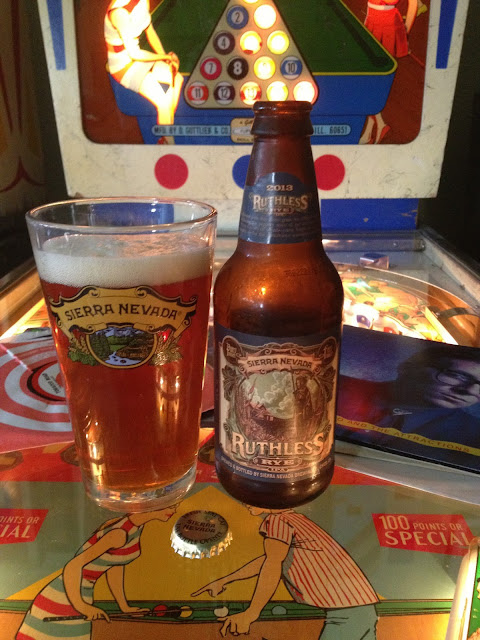 Greetings from the left coast on this sunny and warm Sunday afternoon.  I've retreated to the Pinhead studios for some pinball and a wonderful IPA.  This Ruthless Rye IPA has the prerequisite hoppiness but also has the killer spiciness that the rye grain brings to beers.  This is Sierra Nevada's seasonal beer for the winter / spring so you might still be able to find it on your beer shoppe shelves.  If you do, don't pass it up - great stuff from the brewery that has defined "Craft Beer" since 1979.

Hype from the brewery ----->  Rugged and resilient

PS - check out the "mural" that I found at my local Beer Shoppe.  yes - entirely made of different crown caps from various breweries.  Quite a work of "art". 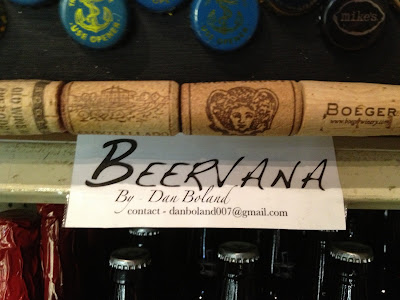