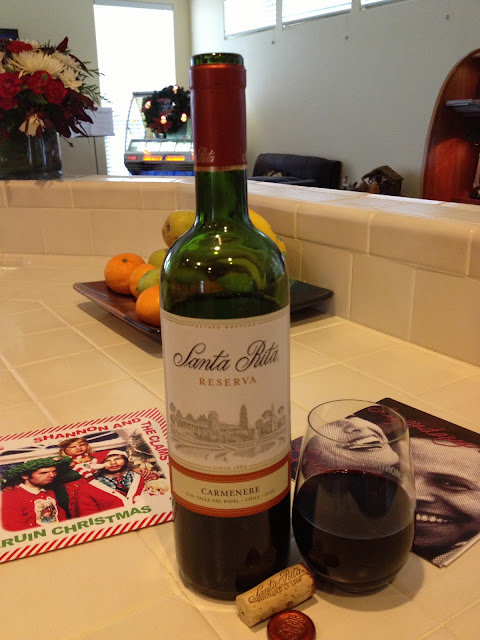 It a bit dark and dreary out here on the left coast today, but I've got a nice bottle of Red Wine to boost the cheer.  This bottle came all the way from Chile, courtesy of the Santa Rita Winery.  This Reserva Carmenere is a fine example of the Varietal.  Some nice layered dark fruit notes with just a hint of residual sugar that is bringing out the Vanilla and Caramel notes of the aging.  Salute!

Here's some propoganda from the Winery's website ----- Santa Rita

Carmenere hasn’t always gotten the respect it deserves, and it was a typically rebellious and misunderstood teenager, back when it was “rediscovered” mixed among the Merlot vines in the early 1990s, but as it turns out, this former diamond in the rough polishes up quite nicely and the world is coming to respect our very Chilean Carmenere.