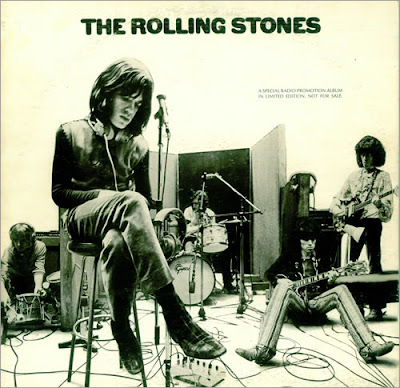 A Rolling Stones LP for almost 10 G's? What's the story?
This Decca 1969 UK LP was limited to 200 copies and has become a collector's item.
It is called simply "The Promtional Album"

Included in the record was a hand-typed letter that explains the release:

"This promotional record features outstanding
tracks from Rolling Stones albums which we hope will be of
use as a program aid. It has been prepared by the
Rolling Stones in view of the greatly revived interest in
their earlier material which has been brought about by
their return to “the roots” of their music – as exemplified
by “Honky Tonk Women”. However, in addition to the older
numbers you will find – on side 2, track 7 – “Love In Vain”
which is featured in the Stones forthcoming album “Let It
Bleed” – due for release here on December 5th . Only 200
copies of this promotional record have been produced in
Britain and we very much regret that no further copies can
be ordered. This album is, therefore, something of a
collector’s item.
Incidentally, the sleeves were printed in the United
States and, therefore, the publishing details and timings
refer to the American record and it would be appreciated
if the record label itself could be referred to for
Copyright and programming purposes.
This L.P., in combination with the two hits L.P.’s,*
can provide you with a comprehensive history of the
Rolling Stones. We hope you will enjoy the record."
What about the 5th record on the list "Pussy Plays"? 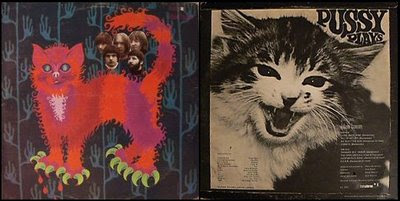 I did a little searching and it turns out that this 1969 UK LP is one of the rarest albums of the entire British prog-rock scene. Very obscure, hence the price. Not much is known about the group as the band members are not listed on the album and they have never revealed their identities.
You can find the top 5 Ebay vinyl sales each week at this site - Counter-Clock Records Blog
Posted by Red Wine Sunday at 5:09 AM