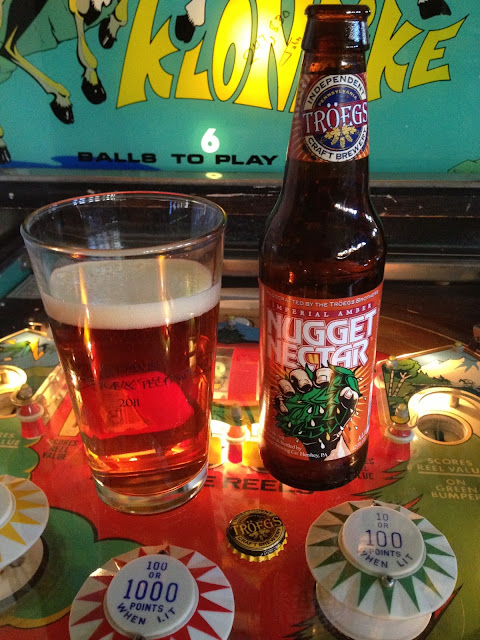 All the way from the Troeg's Brewery in Hershey, PA, I've opened up a Nugget Nectar.  Thanks go out to Richard for sending a couple of these outstanding beers out my way all the way from Maine.  Drinking a toast to your right now, my friend.  Shhh - don't tell the Post Office, but those guys in blue do a fine job of protecting the Suds!

This beer is one of the best examples of an American Amber Ale, which the Beer Advocate's style guide describes as thus:  "This Style of beer tends to focus on the malts, but hop character can range from low to high.  Expect a balanced beer, with toasted malt characters and a light fruitiness in most examples".  Well said and it applies perfectly to this beer.  Heavy on the tropical fruits for the Nugget Nectar - lotsa bananas and citrusy notes. The balance is key to this beer that is pretty high on the alcohol (7.50) and IBU (93ish) scales.  Very highly rated beer and deservedly so.  The clincher for me is the superb malt flavor - words cannot describe the flavor - Heaven! 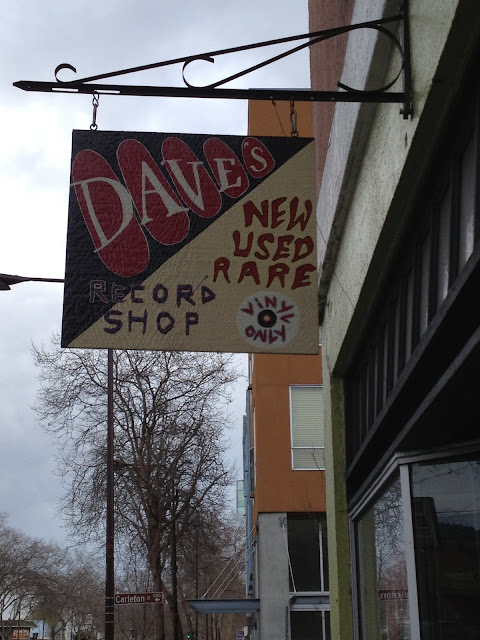 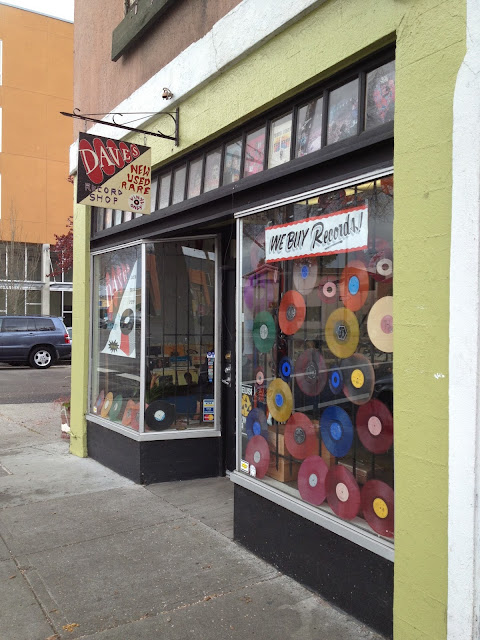 Did a little record shopping in the East Bay this last week - hit up Dave's Record store in Berkeley (see above) and Down Home Music in El Cerrito (see below).  Some nice 7" vinyl at both!  Thank goodness the record store is still alive and kicking out here on the left coast. 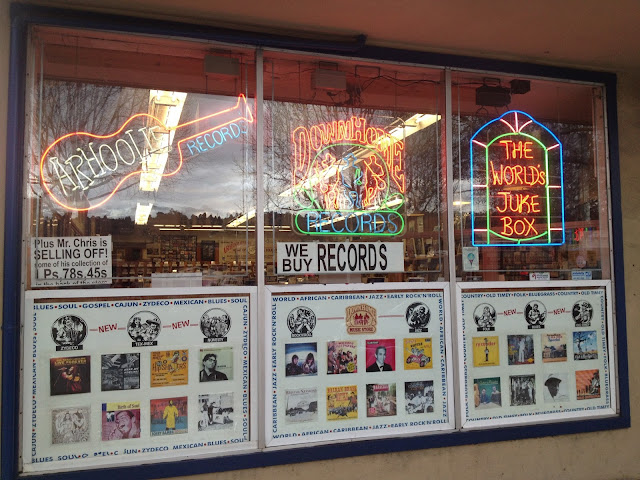 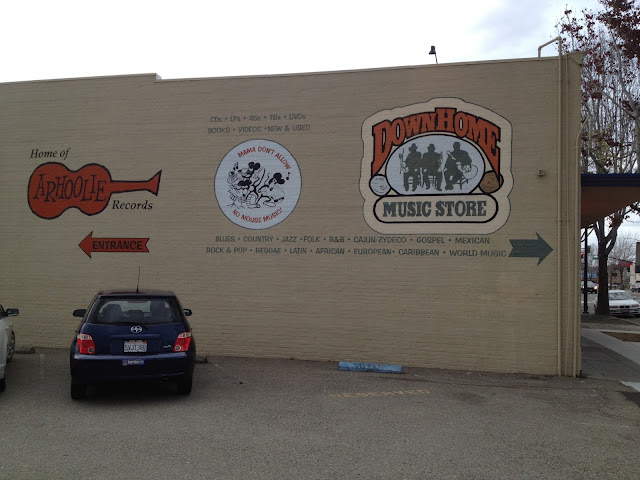 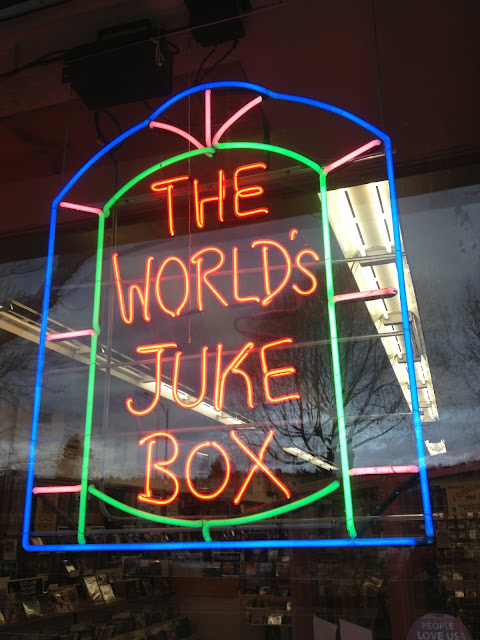