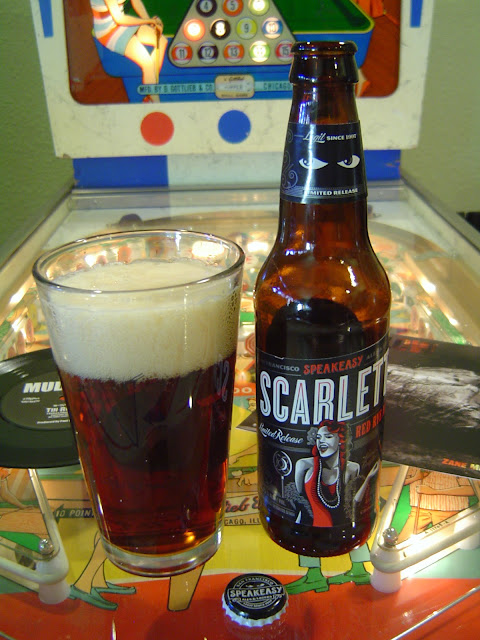 Popped the top on a Rye this afternoon and pairing it with a Ham on Rye Sandwich.  This one is from the Speakeasy Ales and Lagers group in San Francisco.   I was not impressed with the Big Daddy IPA, but this one is mighty fine.  I poured it out and had a sip while playing some pinball and was a bit skeptical, but once the Ham on Rye was started, the beer complemented the Sammich perfectly.  So, is this one of those Food Beers?  Ya know, a beer that doesn't stand up to well by itself, but works perfectly next to some tasty food. Yeah, that's the case with this one.  Loving the caramel and rye flavors, but I'm picking up a sharp character that mellows with the food.  Hmm - looking up at the picture - I realized that Scarlett has green shoes - interesting..... 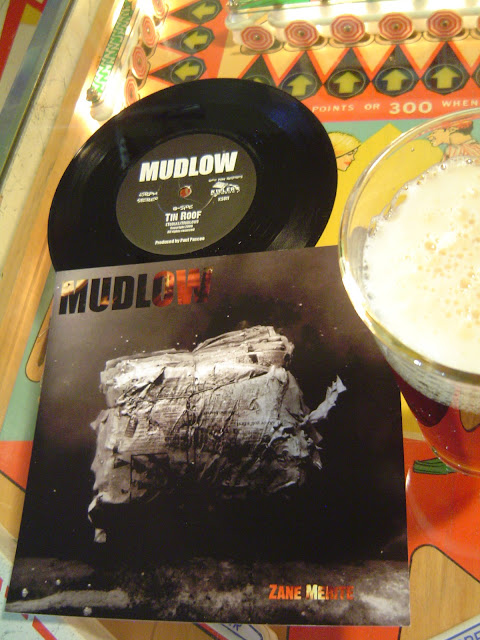 Got a nice package from the UK this week - Mudlow's 7" that was just released this past July.
Thanks Matt! 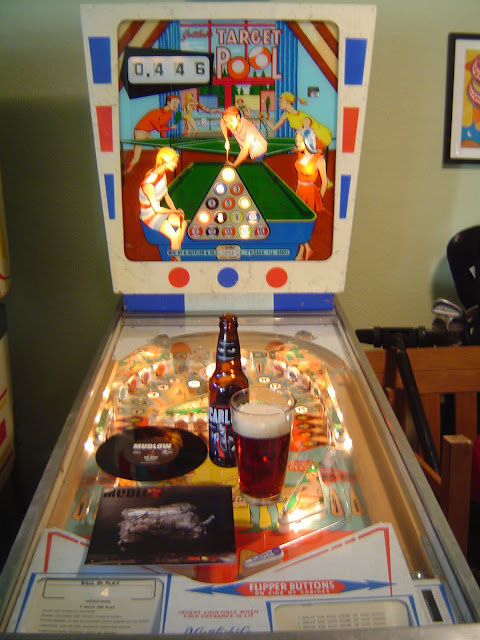