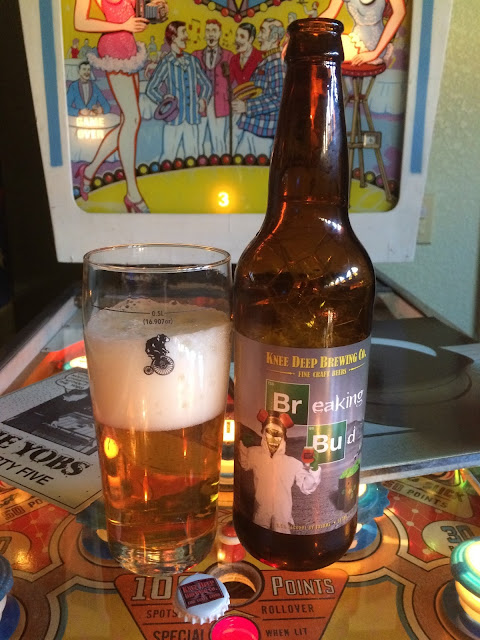 A cold, crisp sunny Saturday out here on the West Coast.  Retreated to the Pinhead Studios for some Pinball and an IPA.  This afternoon, I've cracked open a Knee Deep Brewing company Breaking Bud American IPA.

This one pours a nice dark yellow and has a wonderful 2 to 3 finger head.  The odors wafting from the glass are wondrous.  Now, I have had a Knee Deep offering before and was less than impressed, but recently, while Christmas shopping, I landed at my favorite Sushi Bar and the waiter convinced me to try the Breaking Bud.  Boy, am I glad he did!  Had two that evening and then bought a whole lot of unnecessary gifts..... (just kidding - I actually picked up a turntable for my oldest daughter - she is gonna love it- Keep the Vinyl Spirit Alive!).

So, I 'm hoping that the bottled product tastes as good as the draft.  On the tongue, you get a crispness that is wonderful and the tropical notes that the mosaic hop imparts.  Now, the draft version finished much smoother, while the bottle has a bit of a bite to it.  It is still head and shoulders above the majority of the IPAs out there and I think a few locals agree as I had to visit three stores to find some.  Yes the beer was sold out at the other 2 locations - an empty row in the cooler..... 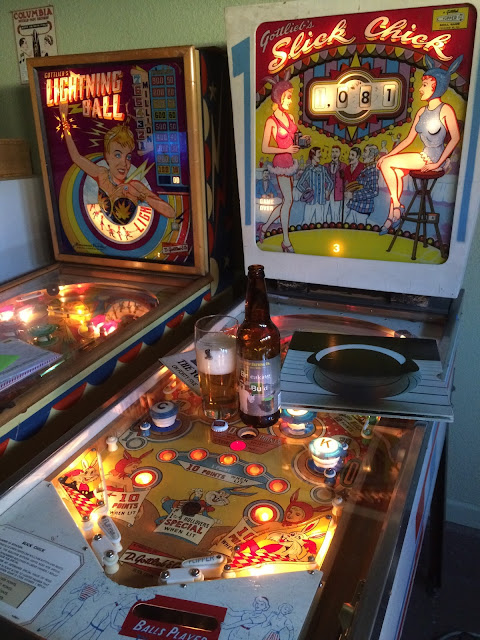