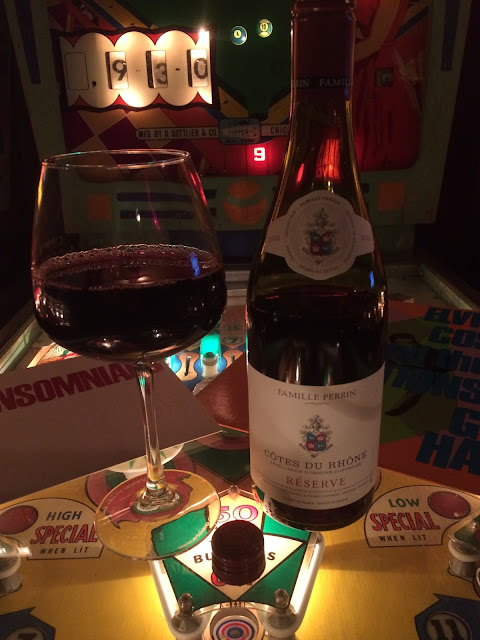 It's a cold, cold Saturday and I've got some French Red to warm me up.  Opened up a 2012 Cotes du Rhone from the Famille Perrin winery located just outside of Orange in the south of France.

Posting this and the show for this week a bit early as I'll be heading down to San Francisco to spend some time with some family and go shopping at Amoeba, as I have a few gift certificates that were given to me as Christmas presents.  But tonight, I've been doing the annual 45 and LP sort as the vinyl that I have played on the show  and the new stuff I've bought has been put in unsorted boxes throughout the year.  During the holidays I like to sort all these and place them back in alphabetical order, so I can easily retrieve them.  Yes, I know, I should have them in Autobiographical order as Rob has them in High Fidelity, but that would make it tough to find anything.....

Alright - back to the wine.  Dark violet in the glass with a nose of cherries and spice.   On the tongue more cherries and some earthy notes as well.  A nice hearty everyday red, this one.  Produced from Grenache, Mouvedre and Syrah grapes, this wine clocks in at 14% alcohol and is a wonderful bargain at around $15.  Found this at my local grocer, but I've seen it at my local Trader Joes as well. 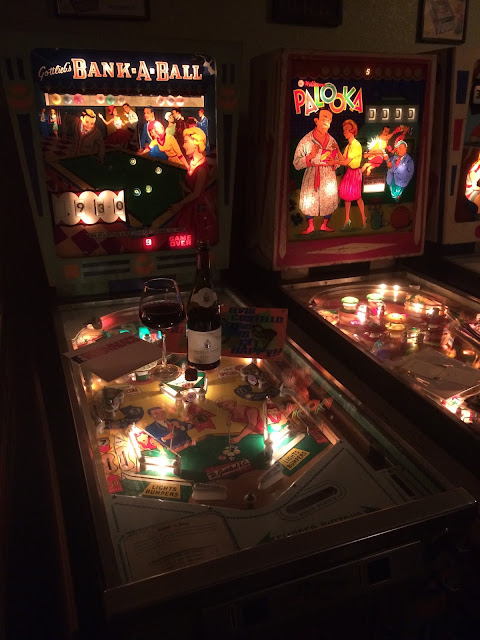