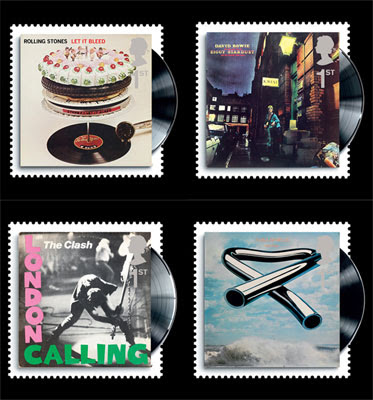 Stamps are about to get cool when the Royal Mail introduces its classic British album cover stamp range.

Set for launch in early 2010, it's a set of 10 first class stamps designed by Studio Dempsey, covering albums from the 60s to the present day - The Rolling Stones, Led Zeppelin, David Bowie, Mike Oldfield, The Clash, New Order, Blur, Primal Scream, Pink Floyd and Coldplay. So something for everyone - even fans of dull, middle of the road, modern-day rock. 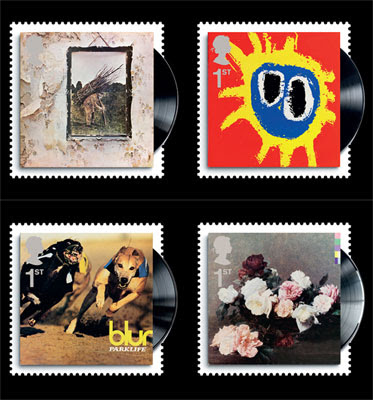 How did they decide on these? Apparently by asking music journos and graphic designers. Why they missed The Beatles and opted for Coldplay (or why they opted for Division Bell ahead of at least five other classic Floyd sleeves) isn't clear, but if you can deal with those oversights, you can pick up a set from January 7th 2010.

Originally on Retro To Go

Lovin the London Calling stamp - gotta get me one
Posted by Red Wine Sunday at 8:17 PM