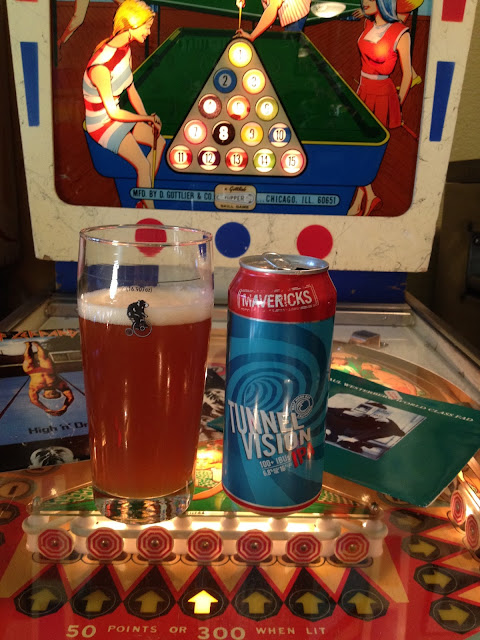 It's a fine Sunday afternoon out here on the west coast.  I've popped the top on a 16 oz brew from the Mavericks Brewing Company outta Half Moon Bay, CA.  The brewery is named for Mavericks, a surfing spot just down the road from the Brewery.  The Tunnel in Tunnel Vision is meant to refer to the tunnel of a big wave. 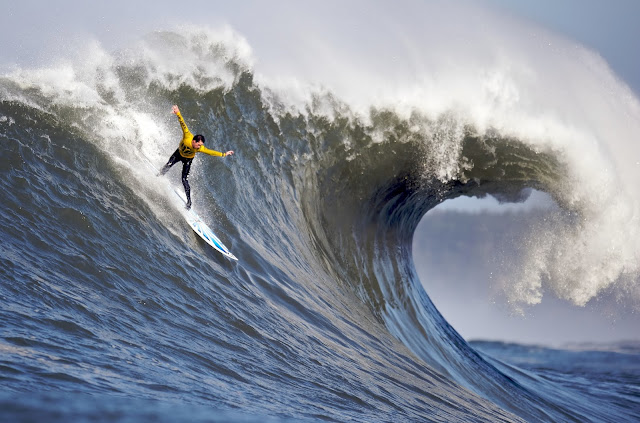 The beer - well it pours a nice golden copper with lotsa hop haze.  Smells dank as hell and a pine piney with a wiff of grapefruit as well.  The taste - well definitely hop-forward with with a nice bite of an aftertaste.  This one clocks in at 100 IBU and 6.7% alcohol, so not for the faint of heart.  I'll be going back for more of this one! 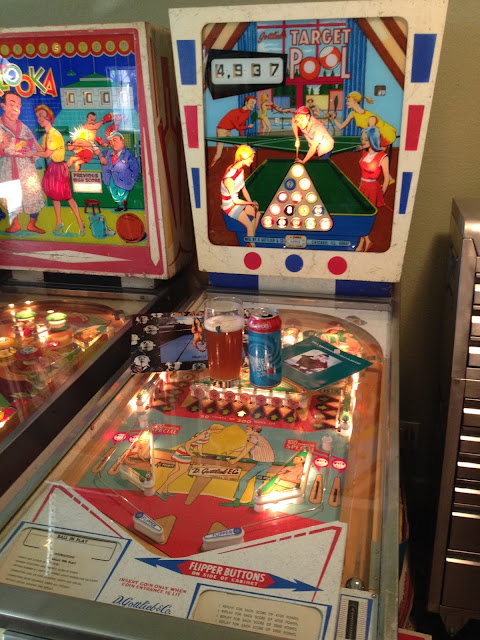