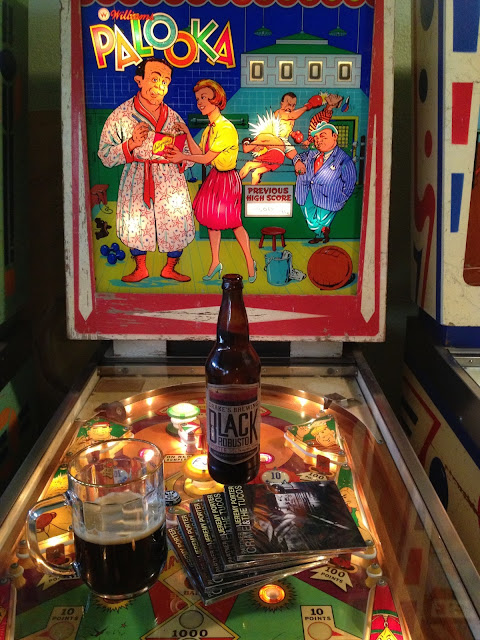 Ya know, some things are just perfect together and the Porter that I have in my glass is going great with the Porter coming out of my speakers.  Here's a bit of more on both of those - 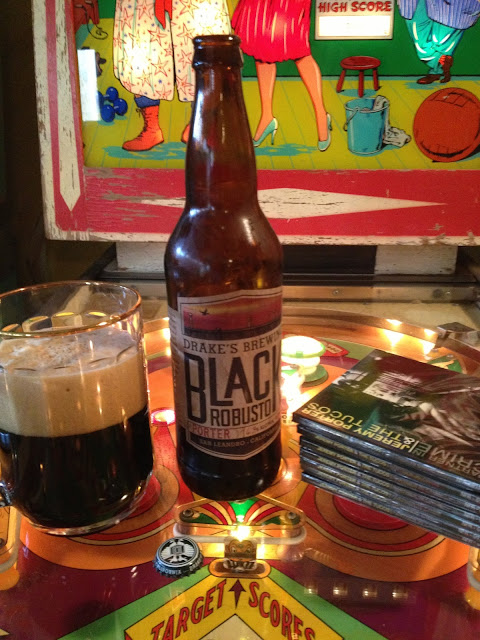 From the Drake's Brewing Website - "Drake's Brewing Company is an urban craft brewery operating from the former powerhouse of a long-gone Caterpillar plant in San Leandro, California."  The brewery started in 1989 and has a nice selection of 10 year round beers and many seasonal brews.  I've chosen a 22 oz. bottle of the Black Robusto Porter and here is the propaganda from the webiste

"Drake’s Black Robusto Porter is a deep, dark “Robust Porter,” a beer style known for being darker, fuller-bodied, and higher in alcohol by volume than a standard Brown Porter. Our Black Robusto goes down smoothly with flavors of bittersweet chocolate an slight roast from Crystal and Chocolate malt. A touch of spicy, herbal hop character from Willamette hops balance out the finish. Enjoy a pint with dark, lingering satisfaction."

Upon pouring, you notice the dark as night color and the creamy tan three finger head.  The first taste is of  roasted malt, then a stream of coffee, chocolate and a bit of cherry materialize.  Smooth as silk, very easy to drink and nice to see a dense web of lace left on the glass.

Jeremy Porter and the Tucos - Partner in Crime 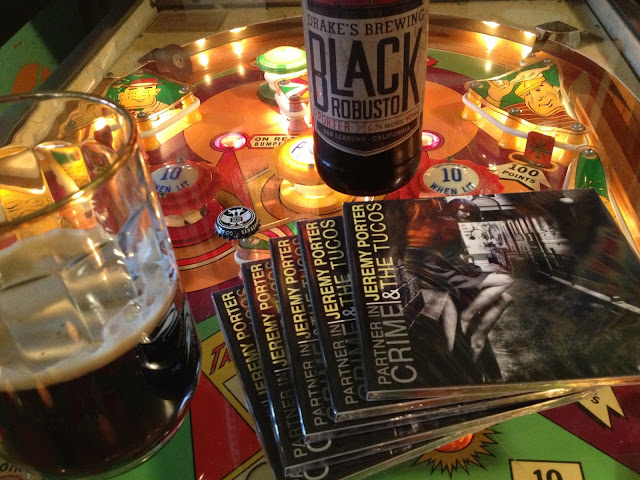 Yes - a copy of Jeremy Porter's new album can be yours.  Jeremy was kind enough to send me a few copies to give to the kind listeners to the show.  Listen to tomorrow's show and about half way in, I'll let you know how to secure a free copy of the album. 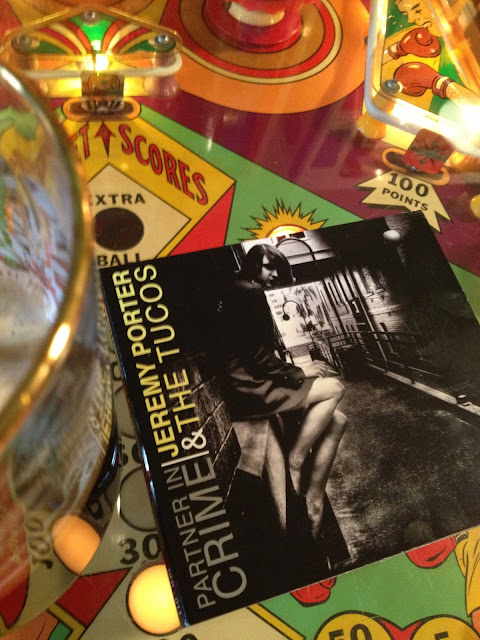 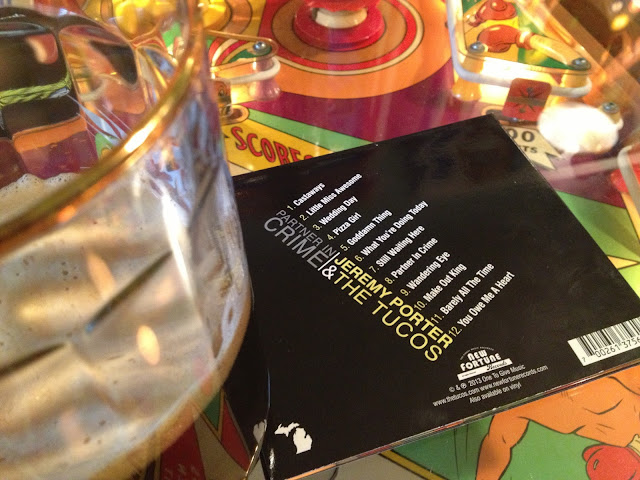 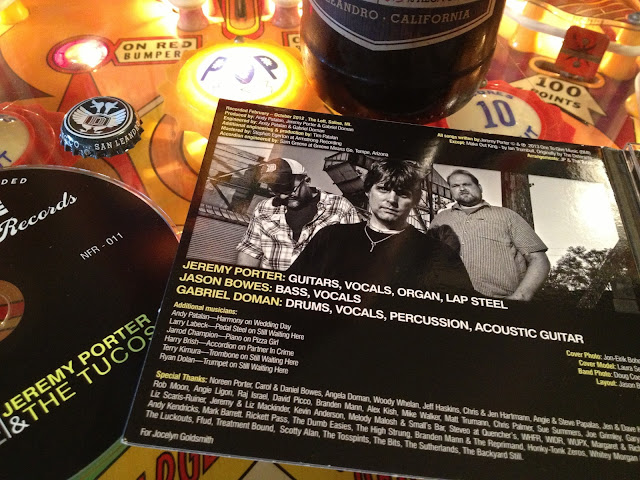 Now, I have played a few songs from the album already on the show, but I haven't played my favorite from the album, the title track - Partner In Crime.  A close second for me are the one-two punch of the first 2 songs - Castaways  - Little Miss Awesome.  This is one of those albums that I'll be listening to months from now and my favorites will have evolved into a completely different direction, as the songs will have soaked into my conscious and revealed their power.  So - get yourself a copy - from my little giveaway or directly from Jeremy at Jeremy Porter and the Tucos.  If you are an iTtunes user, it is available there as well.  If you are a Replacements fan - I would not hesitate,  Yes - this is the Paul Westerberg solo album that you have been waiting for. 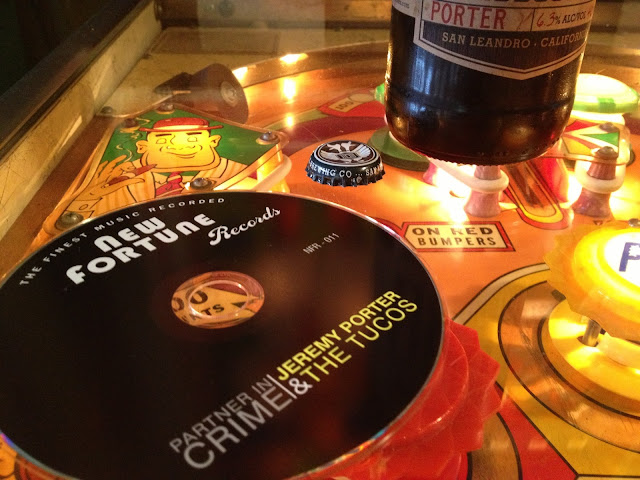