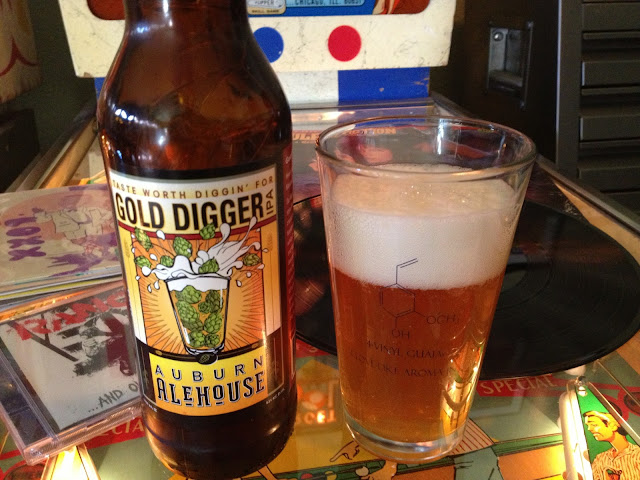 Cracked open a local craft brew this fine March afternoon,  It's a Gold Digger IPA from the Auburn Alehouse brewed just a few hours drive from the Pinhead Studios.  This ale comes in a 22 oz. bomber and checks in at 65 IBU and 6.3% alcohol.  It pours a nice amber / copper color with an off white head.
Pine notes jump right out at ya and the hops are rather predominate in the initial sip.  Some nice caramel
notes in there as well with a hint of butterscotch.  Bites ya on the finish with the alpha acids lingering around a bit on the tongue.  One of those beers that begs for a burger or some fries to back up the mix of  the malt and hop flavors.  Quite nice and I'll be trying out more beers from this Alehouse.  Hey - maybe it is time for a Road trip to Auburn... 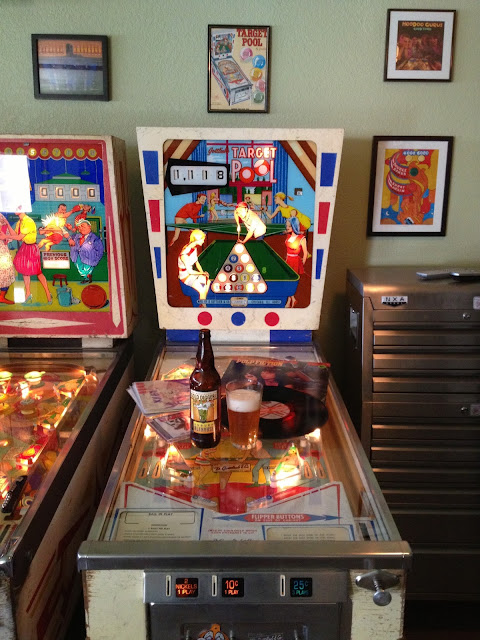 Beer, Music and Pinball - a perfect combination
Posted by Red Wine Sunday at 7:26 AM